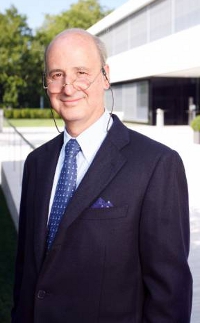 Professor Garelli was the Managing Director of the World Economic Forum and of the Davos Annual meetings for many years.

He was also permanent senior adviser to the European management of Hewlett-Packard.

He is also a member of the International Olympic Committee commission on Sustainability and Legacy.

Stephane Garelli is the author of numerous publications on competitiveness and global business He published his best-selling book "Top Class Competitors - How Nations, Firms and Individuals Succeed in the New World of Competitiveness" with Wiley. His latest book " Are You a Tiger, a Cat or a Dinosaur?" is published in several languages and availbale on Amazon.

He was a member of the Constitutional Assembly of his local state - Vaud, Switzerland from 1999 to 2002.