ABSTRACT OF PRESENTATION 2022 - TIME TO BE BOLD!

THE LEGACY OF A "K" RECESSION

2022 will be a time to look at the world differently. Previous recessions' underlying question was their duration: from V, the shortest, to L, which never ends. From this perspective, all firms were in the same boat. There was what economists call an aggregate of economic data.

Today it is different. It is a "K" recession. One part of the economy is on the brink of bankruptcy, such as air transport, tourism, events, and culture, while another, e-commerce, food and of course pharmaceuticals, is booming. Economic forecasting is thus complicated since you must deconstruct the figures sector by sector to get a clearer picture.

The first consequence of a K-shaped recession is to concentrate power, especially financial power, in a small number of companies. Apple has a higher stock market value than the combined valuation of the 2000 companies with the smallest capitalization of the S&P (the Russell Index). The overcapitalization of some groups, particularly in the digital sector, raises the issue of a weakening of competition, mainly through abuses of dominant position.

The other is that state aid is blurring the real impact of the recession for some artificially supported companies. These are the so-called "zombie" companies that would probably have disappeared even without the crisis.


THE MONEY MUST CONTINUE TO FLOW

The lesson from past crises is that money must continue to flow into the economy. Since 2008, central banks have pursued a loose monetary policy (quantitative easing) and low-interest rates. However, this time, governments have joined the effort by making credit and cash available to companies endangered by the successive lockdowns.

The traditional fiscal rules, such as a maximum public debt of 60% of the GDP, have disappeared – and for a long time. The OECD estimates that its members' total public debt reached some 137% of their combined GDP in 2020. Governments are estimated to have spent some $6000bn to maintain the economy afloat during the pandemic.

Beyond debt, the risk of such a policy is to fuel inflation.  2022 will see central banks returning to more "conventional" policies.


ARE WE HEADING TOWARD MORE STATE CAPITALISM?

Governments have thus stepped in and made a considerable amount of money available to save companies. However, it comes at a cost, and the "empire" strikes back.

Governments will be more interventionist. They will add stringent conditions to their support, such as interfering with strategic options or preventing such practices as the distribution of dividends and companies' acquisition. Working with governments and understanding how they function will be a priority for companies' leaders.

The world is becoming more political.

While experiencing the Covid crisis, the economy is opening a new chapter in globalization.

The last one was characterized by one global market with cost-efficiency and high profits. It could be summarized as "Just in Time". The new chapter is characterized by a decoupling of economies and a duplication of technologies. The aim is to reduce the overdependence on supplies from other nations. The objective is to develop a "Just in Case" model , more secure, more resilient, and more expensive.

Besides, since crises may continue to occur in the future, a new concept is emerging: disaster management. It implies the management of events with low probability (a pandemic) but very high impact. It will imply the allocation of resources blocked for a long time (such as stocks of masks, vaccines, etc.), and thus more cost.


THE GLOBAL SUPPLY CHAIN AT RISK

The imbalance between supply and demand has created a shortage economy. The difficulties of securing supplies in the global value chain have impacted all sectors, from semiconductors to cars, from wood to smartphones.

Shipping, which represents 80% of global trade, has suffered from the congestion of harbors and the lack of employees, including truck drivers, to transport the goods on land. Prices have surged, fueling the expectation of renewed inflation.

Such a situation may ease down in the coming month. Meanwhile, companies are struggling.

Global technology companies now can extend their business reach far beyond their initial industry sector. Amazon is a world leader in cloud technology; Google and Facebook in digital advertising, Tesla in batteries and solar panels, and Amazon now produces more watches than the entire Swiss industry.

The entry barriers in many businesses are thus falling and can also affect public institutions, for example, in the case of the creation of digital money.

The challenge: who will be my competitors tomorrow, where will they come from?

Besides, the development of new infrastructures, buoyed by the pandemic, remains essentially in private sector hands. It is the case of e-commerce, e-banking, e-payment, or advertising on the Internet and social media.

The debate will heat up about who should monitor, and ultimately rule the information that these infrastructures detain. The ownership of private and business data will be one more source of tension between companies and nations worldwide. 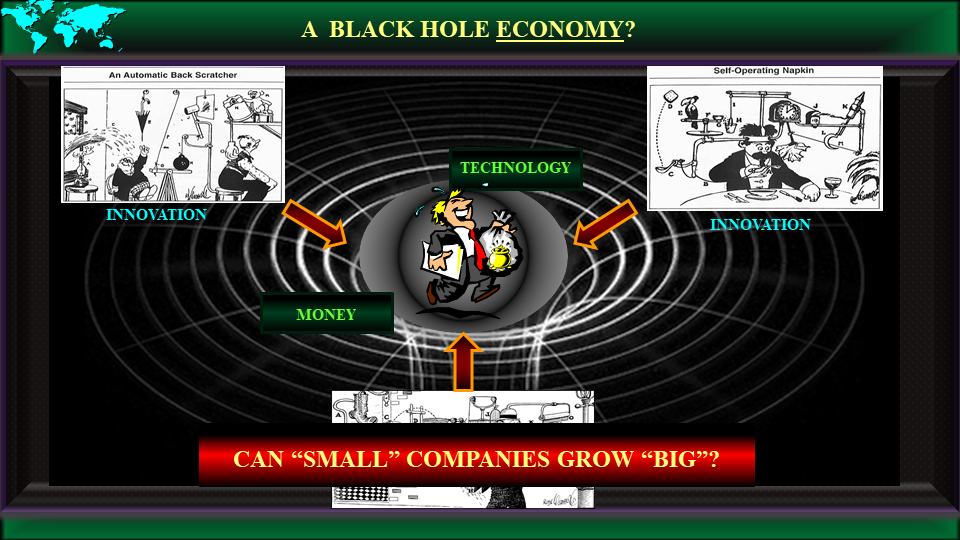 A few large companies concentrate technology and financial power. The market capitalization of the ten largest global technology companies is now more than the combined value of their equivalent in the banking and pharma sectors.

Technological giants do not only innovate, but they have also engaged in a strategy of buying promising start-ups, often above market value. They use about 25% of their financial resources to buy successful innovative young companies all over the world.

They are engulfed in a sort of economic black hole managed by a few companies. As a consequence, many nations now run the risk of losing promising young companies which would have had the potential of becoming large national champions.


THE END OF LOW-COST GLOBALIZATION?

During the past 30 years, globalization has brought significant efficiency, a vast product supply, and low inflation to the world economy.

However, today, the shortage of supplies, bottlenecks in delivery, wage increases, and inflation indicate that low-cost globalization has reached its limit.  In addition, the harmonization of global taxation and proliferation of regulations will increase cost of operation.

Thus, the new business model will emphasize the security of supply and resilience over price efficiency. Reliability is becoming the name of the game. 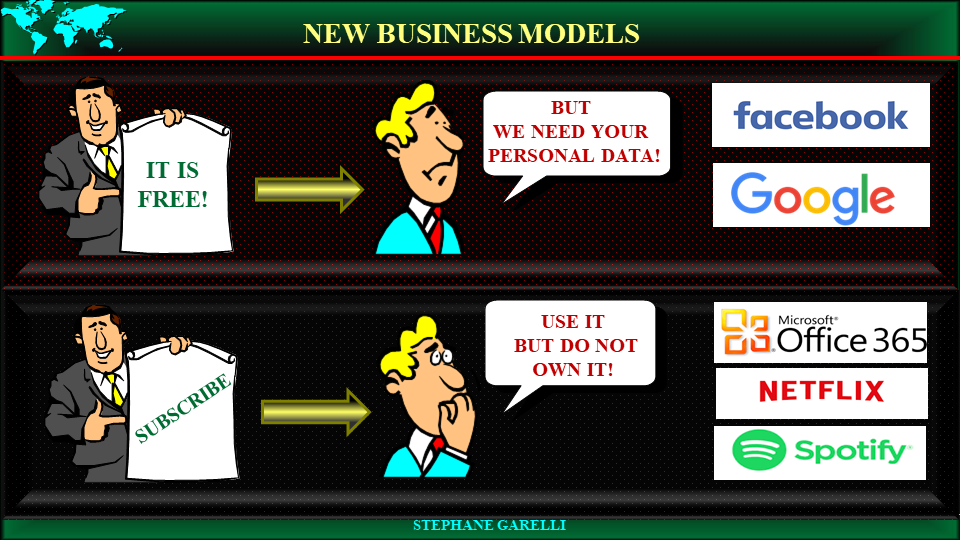 New business models flourish and surf on new technological platforms. The "free" model offers services as a counterpart to accessing personal data (Facebook), the "subscription" model locks consumers into a long-term relationship (Spotify). The "licensing" model only offers the use of a product, but not its ownership (Microsoft, Netflix).

These business models change the relationship between companies and consumers. One objective is to lock consumers in a proprietary relationship, providing an ecosystem of products and services.

In short, "you have the choice, provided that it is mine."


CONSUMERS HAVE THEIR OWN PRIORITIES 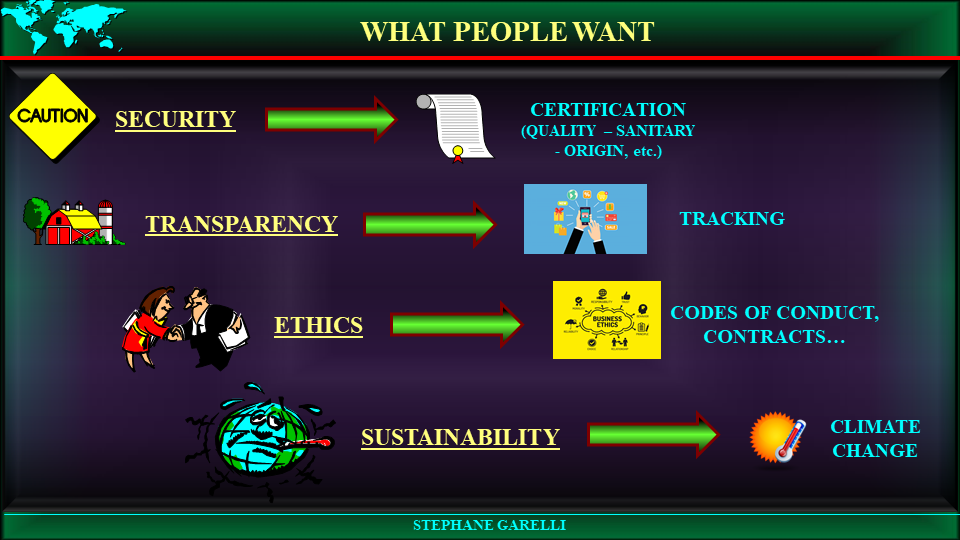 Consumers are not passive and force new business models upon companies.

The circular economy is one example of how consumers force companies to introduce sustainability and environmental protection in their value chain and business proposition. It is part of a more significant movement advocating ESG (Environmental, Social, Governance) policies. Companies should consider society's priorities for broader issues such as climate change, transparency or ethics.

More precisely, the security of products (through certification processes, including health and sanitary standards) and transparency will gain in importance.

Consumers will be adamant about better knowing and monitoring how a product is manufactured and distributed until it reaches them. And they will hold companies accountable for managing this new approach of the value chain.


THE COMPANY OF TOMORROW 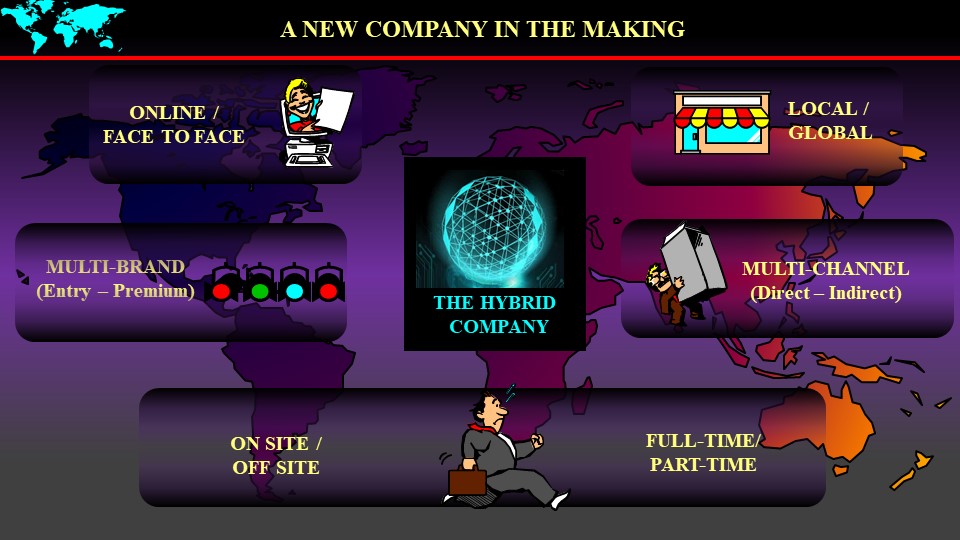 The company structure of tomorrow will be hybrid, combining the different new requirements from clients, employees and governments.

In addition, it will imply being more receptive to the demands of civil society, which imposes new priorities, such as climate change, biodiversity, ethics and transparent governance.

Profit will remain a fundamental objective; however, it will need to be combined with societal goals.

Such a multidimensional new structure will put a lot of stress on management and employees and will probably call for new competencies. 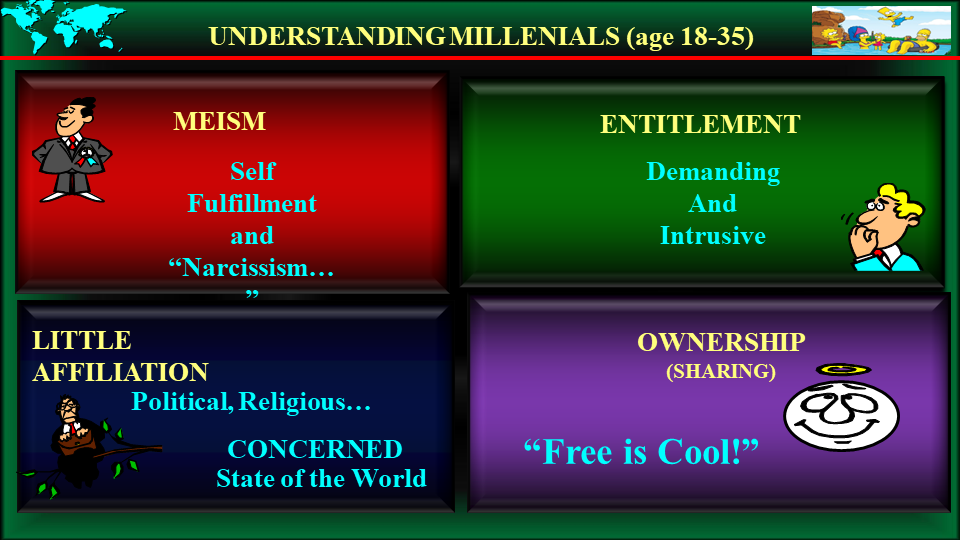 This new generation is driven by:

Companies that ignore this new fact will face strong headwinds from consumers, society, and governments.


A MINDSET FOR COMPETITIVENESS AND SUCCESS 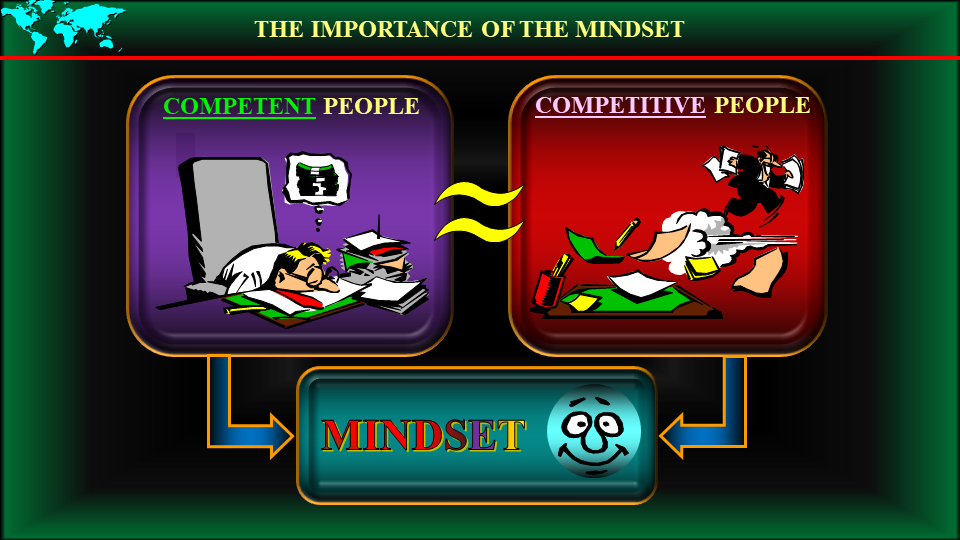 Winners will need to deal with more uncertainty and a higher degree of discomfort. They should nurture a healthy sense of ambition for their organization and themselves. Resilience and the ability to quickly re-invent oneself are crucial to success.

Companies need to stimulate a mindset of imagination (why not?), of energy (why not now), and of commitment (why not me).

Companies are increasingly questioned, especially by the millennials, about their contribution to society, beyond their financial results. The “legality” of the actions of companies - conforming to the law - is no longer enough in a world where public opinion also demands "legitimacy" - adapting to a higher standard.

In such a world, companies will need to answer the broader question: "why us"?


TIME TO BE BOLD! 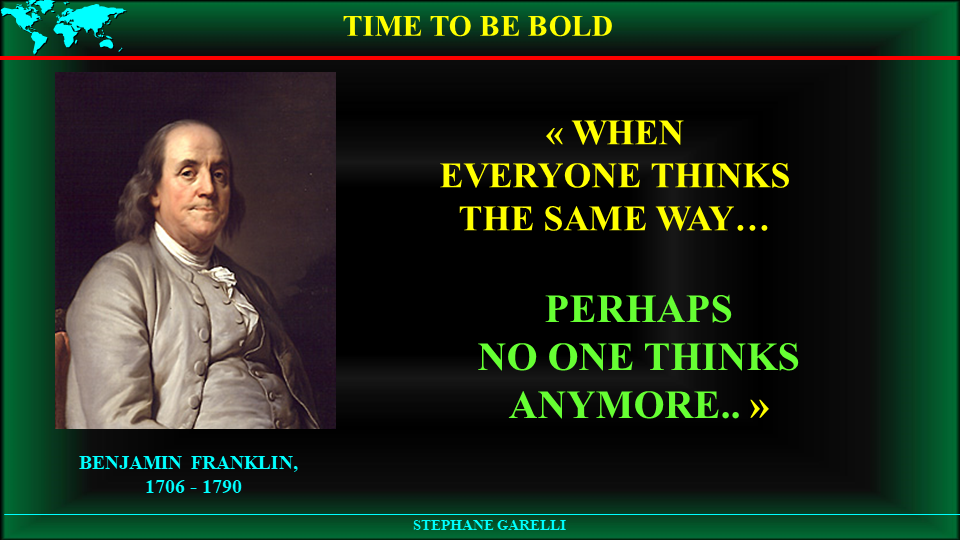 Therefore, economic crises are a period of reinvention for products, business models and work structures.

The winners of tomorrow are those who will identify the numerous opportunities in a fast-changing environment quickly. They will also implement their ideas faster than others.

Even if the pandemic will not stop at a precise point in time (and it is the difference with a war), it will accelerate change and innovation in companies. It will also imply spending more time on mindset and values, especially if employees will increasingly work remotely.

In short, it is time to be bold!